ETAPS and SPIN will use several lecture theatres and rooms all located at the TU/e Science park of the Eindhoven University of Technology. 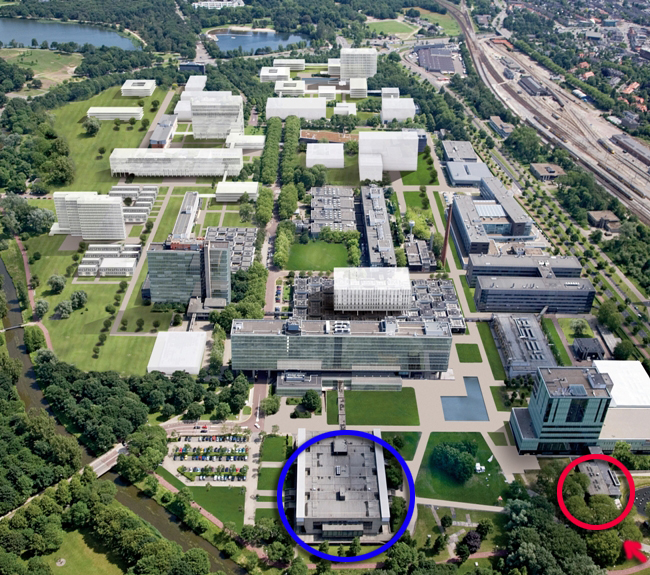 Eindhoven has a small international airport, Eindhoven Airport, with direct connections to more than thirty destinations in Europe, including Budapest, Dublin, London, Milan, Rome, and Stockholm, via such low cost carriers as RyanAir and WizzAir. A complete list of connections can be found on the airport website here.

Eindhoven airport is about a 15 minute drive from the city centre. You can make this trip by bus (buses 400 and 401) or by taxi. Bus tickets can be bought from a ticket machine at the stop. Detailed information can be found here.

The main airport of the Netherlands is the Amsterdam Airport, Schiphol. All major airlines fly to Schiphol, including but not limited to Air France, British Airways, Delta Air Lines, KLM Royal Dutch Airlines, Korean Air, Malaysia Airlines, and United Airlines. Schiphol has a direct train connection to Eindhoven. Schiphol's train station is directly below the airport. The journey takes about 1.5 hours, with trains running up to four times an hour. The Eindhoven central station is within walking distance of both the conference hotels and the conference venue. Taxis can be found at both exits of the station.

Since 2012, all public transport companies in the Netherlands require travelers to use a special transportation card, the OV chipkaart. Because of this, it is not possible to buy any ticket for either the bus, train, metro, or tram directly from the driver or conductor. There are several options when traveling:

There are three different types of OV chipkaart. Each of them are available from the yellow ticket machines at every train station in the Netherlands:

More information on the ov chipkaart and how to buy and use it can be found on the website of NS (the Dutch Railway company) and the OV chipkaart website.

Train schedules can be found on the NS website.

There are various hotels situated in the city centre of Eindhoven. An overview can be found via regular booking websites such as booking.com and hotels.com.

In addition, we have special discount deals with the following hotels. To make use of these deals, please send an e-mail to the hotel and mention the code listed below. All these deals include breakfast; prices do not yet incorporate 3.50 euro per night for Tourist tax.